I am sick of Governments here and worldwide, promoting “growth” as the only measure of success!

The measurement Governments use for success is GDP, “Gross Domestic Product”  - this seems to be the only way they can think of to show they are doing a good or bad job during their period in office.

Congratulations if GDP is bigger than the month or year before, “recession” if it does not “grow” for three consecutive quarters and “depression” if it actually goes backwards.

There is no doubt that “growth” fuels some businesses, just as increasing population creates the need for more accommodation, more services and hospitals to service them, more cars on the road and more roads to carry them. More fuel to power them, more carbon dioxide to contribute to global warming etc. etc!

So increasing the population, pretty much delivers increased GDP, but is this any good for anyone not involved in growth related industries? Does it deliver any real benefits for ordinary families?

Politicians are quite comfortable with GDP as a measurement as they can boast about increased jobs and keep theirs!

GDP seems to me like a giant worldwide Ponzi Scam, where the economy and Government can only be funded by more and more growth, to support industries that have evolved to depend on growth for their sales.

And whose tax paying employees then provide the money that runs the Government and the army of public servants needed to keep track.
No wonder they start to panic when GDP stops growing. Just like Ponzi scams, when growth stops there is no way to pay the bills and the whole thing collapses.

In Bhutan the Government is judged on the basis of a happiness index.

This is a measure of the level of prosperity and contentment of the population and is not concerned about the amount of growth or building or business conducted or GDP. 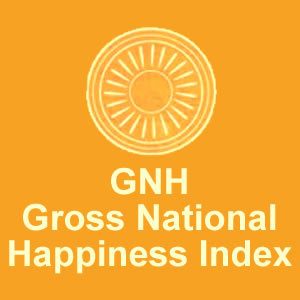 Maybe our Australian Government and other western democracies could learn from Bhutan and start focusing on the things that matter to the people they are supposed to represent.

Work for all is a good objective; No time for leisure and no spare funds to enjoy it, is the reality. Housing for all is good, but families mortgaged to the maximum, working to pay for the house, with no time to spend with each other or the children is the reality.

What About Deciding Not to Grow?

Let’s imagine a country that decided not to buy into GDP and keep the same population and deliver better outcomes for voters instead!

A good income for everyone and leisure time to enjoy!

Friends and family, sport and sociability, including a pint and a glass of wine at the pub! Part of life’s great experience.

Would you vote for a Government like that? I would!

What would happen in this fairy-tale land?

No new infrastructure – once you have enough hospitals, houses, buses, railway lines and roads, you only need to maintain and update the stuff you already have. A lot less expensive than building additional new stuff!

I think a “Happiness Index” like Bhutan’s might be a bit airy-fairy for the average Aussie, so we need a new approach that everyone can understand.
I have given it a bit of thought and have some suggestions, of alternative models, to get the ball rolling.

More money to spend on other things! There’s a challenge!

We have become so hooked on GDP / Growth as a measurement of success, that we need a different and understandable alternative way of looking at the same problem that might deliver better outcomes for voters / citizens.

So here's a suggestion

Imagine that, all citizens own the country equally.

That means all the assets, equipment, land and buildings currently recorded as the property of the local and national Government. The same citizens also own all the debts that have been racked up by all layers of Government.

Measure the difference between the two and divide it by the number of citizens / voters.

That monetary outcome is a potentially good measure of the economic success of a Government.

Want to become a citizen of Australia?

You’re not getting my assets as a welcome gift! You have to pay for them and get approved as worth having as a fellow owner of the country

What Else Should We Monitor as Government Success?

There’s a truth in the saying “You get what you measure!”

So, what else should we measure in this imaginary post GDP country that would keep our politicians on the right track?


How do they score runs in this new game?


Here are some thought-starters that would provide benefits for almost everyone…..


1. Affordable leisure time for all

3. Increase the time an Average citizen’s saving would last

If their earning income stopped for some reason. Repayments on credit cards, loans, home loan plus food, clothing and family / home expenses like electricity and phone, etc.

Poor people spend more than rich ones and there are lots of them!

No blame for poor / unemployed, if there are no jobs it is not their fault.

Fair Share of the national expenditure / wealth if they do business in Australia.

Products based on value to economy of local employment and flow-up spending.

Free trade has not worked in our favour and has just moved manufacture and services to other countries with cheap labour.

As part of recycling and reducing CO2 .

Only for the really dangerous! Turn prisons into a productive asset and help criminals to avoid returning to crime. Result would be a safer society.

Less Gig  or more value to those in "gig work" situations plus more security for part time workers between "gigs".

I believe a change is happening at ground level caused by the financial crisis that has resulted in a more prudent attitude to financial risk and money management.

Moving with change and adapting to it is what Governments need to do now to stay in touch with their citizens / voters in changing times.
We are certainly not happy now!

Our political leaders seem to have got stuck on measuring their progress via GDP and on the failed idea that reducing the tax paid by businesses and the wealthy will result in increased employment and benefits will “trickle-down” to the rest of the population.

No one in business will spend extra money on expanding their business if there is no demand. They simply hang on to the extra money.

That is what has happened in the USA with the Donald Trump tax cuts. Big bonus’s for already overpaid execs! No extra jobs or new factories!

BREXIT also seems to me to be a symptom of the same dissatisfaction with big picture governments, telling the voters how well they are doing economically via GDP, when they know from personal experience they are going backwards!
They aren’t measuring the same things, as us are they?

Time For a Change - Do You Agree?

Thanks for Leaving Your Thoughts and Comments Below

We need to change the game for our leaders away from GDP to other more desirable ways of scoring runs.

I am no statistician, but I am certain we could start the process of measuring some of the things I have suggested to give us a starting point.

I would love to know for example what each Australian citizen is worth, or indeed owes, as a net asset or net debt. Maybe some reader out there could put the numbers together and the media could challenge our leaders to comment on their success or failure.

Wouldn’t that be fun!

The Important Things in Life

Has the World Gone Mad?

A Positive Spin on COVID-19

I hope you find my articles both valuable and enjoyable. If you would like to publish one of my articles please contact me. I am always happy to have my content re-printed and distributed. I simply ask that you acknowledge me with my correct contact details and a link to my website if the article is re-printed online.
Have a nice day!